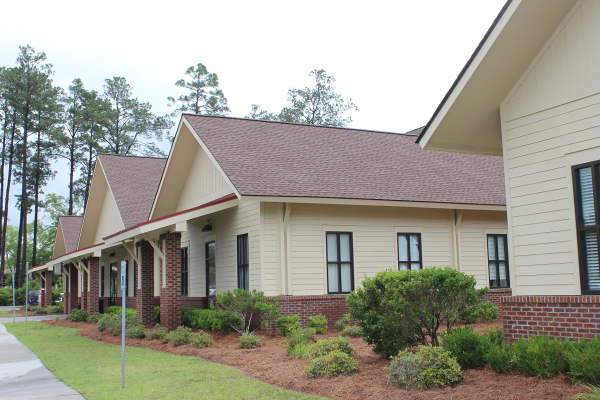 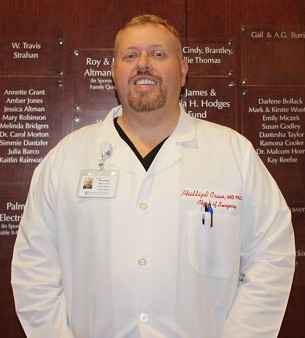 Dr. Crace is focused on providing excellent patient care to the residents of Hampton County. He hopes to gain the trust of residents and states he is the type of person who enjoys speaking with residents and patients while browsing for food at the local grocery store.

"I don't want folks going out of town for something that we can do here. It is silly to go to Charleston or Columbia to get your gallbladder or colonoscopy," said Dr. Crace. "We can do that and do that well right here."

The multiple award-winning surgeon is originally from South East Kentucky, but fell in love with the Lowcountry many years ago while travelling with family. He has been vacationing to the SC coast since the age of five and instead of retiring here, he and his wife, along with their three wonderful children, decided to relocate and permanently enjoy the southern charm and beautiful sights of the Lowcountry.

The doctor has three main goals; to gain the trust of the community members he will serve, to ensure surgical procedures are completed locally at HRMC and to remain in the Lowcountry after building a successful surgery department at HRMC.

During his career, Dr. Crace has received several prestigious awards, to include; America's Top Doctors, 2013-16; America's Top Surgeons, 2013-16; Research Resident of the Year in 2004-05 from the Good Samaritan Hospital Department of Surgery; Georgetown College's Academic Deans List between 1993-97 and the National Dean's List between 1994-97. As well as the many academic honors, Dr. Crace was a member of the All Mid-South Conference football team in 1995-96 while at Georgetown College on an athletic scholarship.

Although he remains busy practicing medicine full-time, Dr. Crace still makes time to enjoy some of his favorite hobbies, including watching and playing sports, auto-racing, boating, playing guitar, reading and writing short stories, camping, fishing, hunting and hiking. He has certainly found a wonderful area to pursue his hobbies. Growing up in KY, Dr. Crace hopes to gain knowledge of Lowcountry waterways and begin reeling in saltwater fish during his, rare, free time.

As well as an active outdoor enthusiast, Dr. Crace has a philanthropic heart and has volunteered his time with Habitat for Humanity, the Special Olympics, YMCA After School Program and many other worthy programs. He enjoys working with children, and worked at Cincinnati's prestigious Children's Hospital and is very comfortable offering pediatric care.

The HRMC would, again, like to welcome Dr. Phillip Crace to the community and look forward to his extended stay here in the Lowcountry.